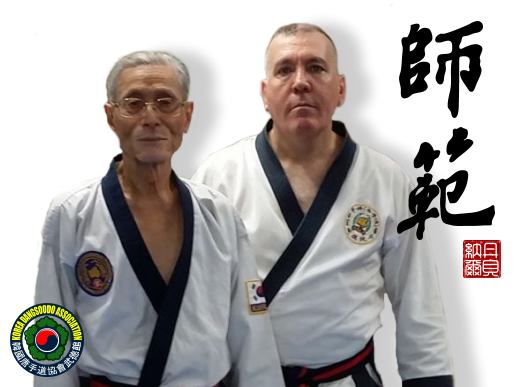 Master, we like that word.  It has so much meaning for us here in the West.  The word comes from the late Old English mægester "one having control or authority," from the Latin magister (n.) "chief, head, director".  In the late 14th century it took on a meaning referring to a degree conveying authority to teach in the universities.  The idea of "Mastering" something, aka "to get the better of" is from the early 13th century, and that of "to acquire complete knowledge" is from the 1740's.

The idea of control, authority, complete knowledge, etc... is a pretty desirable characteristic.  And we use this term a lot, Master Plumber, Master Pianist, Master Carpenter, etc... and when the Western world was taking note of the Asian martial artists, mastery was noticed and the term was used.

But what does Sabom actually mean?  It certainly doesn't mean Master, at least not in the sense we're used to here in the West.  Sabom is a term that comes from China where it is pronounced Shifan, in Japanese it is pronounced Shihan.  It is made up of two Chinese characters, "Sa" meaning teacher, and "Bom" meaning Model or Example.

Sa "師" is made up of two characters, 古 meaning Ancient or Classical, and 匝 which means Circle.  The idea is that a teacher takes things that are ancient, and surrounds you with them.

Bom "範" is made up of two characters, 車 meaning Cart and 范 meaning Law.  Originally meaning "Sacrificing to the road gods", this symbol now means Example or Model.

Some will confuse the term Sabom 師範 with the Chinese term for martial arts teacher Sifu 師傅 (師父), they are incredibly close in meaning, but the latter in Korean is pronounced Sabu 사부, and I find many Tang Soo Do practitioners incorrectly using this spelling.

So what is a Sabom if it isn't master?  Well, it's someone who leads by example.  Who is a model for students.  Not someone who gives orders from the front of the Dojang, but someone who trains regularly with the students, and of course is a Gunja "君子" or Gentleman.  A father-figure, a mentor, a guide, a leader, etc...  Not someone who knows everything, or has "mastered" anything.

A real Sabom is never a "Do as I say, not as I do" person.  It is a term of endearance, and one earned by the example one sets, not only in technique but life.